VICARAGE
~The 9 Rules of Wizarding~

In essence, these are the “9 Rules of Wizarding” for those aspiring to traverse in the arcane arts. Even if you’re not of the magical mind, have a differing set of beliefs, or are a raging skeptic, the following piece remains an interesting glimpse into an often misunderstood and oft unseen mindset.

Spiritual warfare is not a laughing matter, and it is far more serious than many will ever accept. To the skeptical mind, we are dwellers in a purely material existence without underpinning mysteries of a metaphysical nature. To enter upon such a discourse with a non-believer is hardly going to benefit the believer, and it is important to remember that there is no convincing someone who cannot hear what you are saying or see what is around them.

Either reality has a metaphysical component or it does not; for one argument to be true, the adherents of the other side must be delusional. In the interests of the occultist, what a materialist chooses to do or think is of little value. To the true wizard or sorceress (not the D&D kind, mind you) the purpose of the Power and the Burden is to defend what he or she holds to be good and to strike at what she or he holds to be evil.

The first doctrine is therefore this: There is no purpose in debating the madding crowd. Convincing a blind man that the sea is blue serves neither you nor the blind man – blue is not a part of a world in which darkness is the only light. And we should never forget that it is not the sea which is blue, but rather the sky reflected in the sea. Such is the nature of the Universe. A conceptual understanding is not the same as direct experience. The awareness that the true occultist possesses of the metaphysical realms is her or his alone. We do not practice the occult to draw attention to ourselves. Occult itself means “to conceal”. 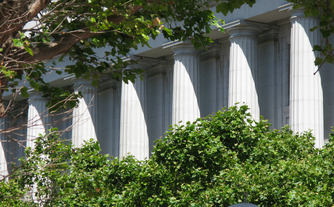 The second doctrine is the power of 9. We often consider 3 to be a power number; triune representations and forms have immense power because they impact the preconscious and unconscious mind more significantly. As a bifurcated entity, the third part of any trinity will mark our memories more deeply. But the power of 3 lies in the fact that it gives rise to 9, or 3 sets of 3. This is not simply mathematics, since it clearly represents the intrusion of an alien consciousness upon our own experiences. It is not rational for a bifurcated creature to revere 3 in this way. This comes from the Otherworld of the ancient sciences. What our ancestors revered as the spiritual province of higher beings may well be merely a mythic interpretation of travelers from beyond and their exotic home worlds. But it is equally likely that there are things energetic and transcendent which exist alongside us and interact, interface and interfere with our development. We are as bound to the will of the Othersas our own fingers are bound to the directives of our minds. This is the power of 9 – a thing may enter our world and become a tool of those who dwell without. Be alert for these things. And too, the 9 should always be a sigil and a standard to the wizard, since the 9th occurrence of a thing is the purest or the least pure, but never anything in-between. 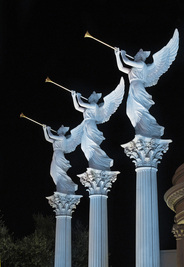 The third doctrine is the shielding of the self. Outer forces are of great potential, and it is always tempting to call upon Others and to seek after forbidden or forgotten powers. It is also almost always a bad idea to take this path. The higher order will inevitably require more effort and more faith, and it will never hand power to someone with ill intent. But as it is written – “When a man walks in integrity and justice, happy are his children after him” (Proverbs 20:7) – we should seek the understanding that does not bind us to the tradition of Biblical misappropriation. This means not that God directly rewards those who a Church or other organization trumpets as righteous. Instead, in the Esoteric Tradition (Orders of the Quest), it is understood that a good person will tend to be obvious, since the Universe will tend to uphold them. They may not be rich or famous or powerful, but they will tend to be protected and rewarded with all that they need if they live in the spirit of openness, giving and justice. To the respectful person, much respect is given. 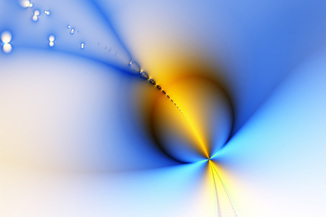 The fourth doctrine is the doing of necessities and the leaving alone of every other thing.
The Power and the Burden is not a toy.
The fifth doctrine is that inhabitation is actually very common. The current age is materialistic as a mechanism of collective psychological defense, because well-lit and highly distracting environments help us to ignore the things of the Otherworld that are always with us, watching and waiting, manuvering and manipulating. It is not at all rare for spirits to dwell in silent and darkened places; they will react when distrubed by intruders. And it is even less rare for individuals to be inhabited by Others, including the newly dead, the long dead, and the non-human discarnate intelligences. Be wary and be watchful. 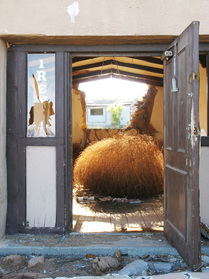 The sixth doctrine is that Good and Evil operate as inverse propositions. Therefore, if one proposes the elimination of an opponent or rival, the other proposes the transformation of the opponent or rival into a friend and ally. The opposite of kill is not, “not kill”. It is rather, “love”. This is the meaning of a commonly known quotation by a spiritual teacher of no small fame. 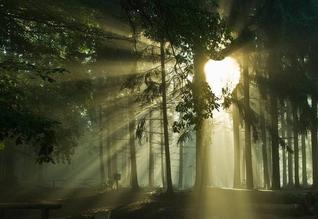 The seventh doctrine is that the esoteric tradition is correct and that all specific faiths are limited. The esoteric tradition embraces other faiths; these fit within the flexible and accepting framework of a wider reality. What one person believes, another may disagree with, but this does not mean that either is operating in the context of being correct or of possessing Truth. Truth does not concern itself with the human will or intellect at all. We understand nothing, and this is not a small assertion. The Truth, such as we may know it, is that we cannot know the Truth. Our senses are too limited, our minds too small, and our hearts too selfish to even begin to know the why and how of things. It is from this center that the wizard works, knowing that he cannot know.

The eighth doctrine is that the distance between wizard and philosopher is undetectable, save that the philosopher lacks the courage to identify herself or himself as an occult magic user. 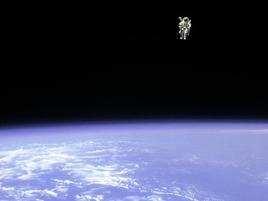 The ninth doctrine is that knowledge is useless in the absence of application. We do not practice the occult tradition in order to feel cool, or to wear lots of velvet, or to hang out with other people who say similar things but can actually influence nothing in the outer world. We do not pursue the occult secrets in order to grow closer to Satan or to acquire a Dark Lord. In point of fact, only the Light Path is open to the initiate. It is a long tradition among the Dark Workers that they accept only those whom they themselves have chosen. He or she who claims to seek the path of darkness walks alone and is unlikely to ever find aid. We must be forever awake to the voice of the One in all things, for the One is not a human being. If we hear voices, we should consider seeking counseling or psychiatric interventions. But if the events of today and tomorrow are strangely linked, then have we heard the voice of the One. Be awake, but do not be absurd. What has meaning is clear enough, and what has no relationship to you cannot be made to have a relationship to you no matter what.
These then are the Nine Doctrines, known amongst the practitioners of the Orders of the Quest for centuries. For the servants of Athena, these are the very factors depicted in Plato’s Allegory of the Cave. Odysseus long ago capitalized upon this wisdom to survive great trials, such that a mortal overcame the very lethal will of the Gods: 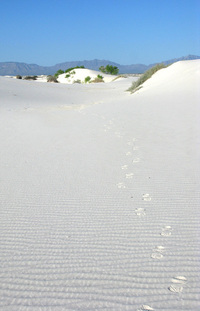 Certain forces are always present, and certain responses are always wise.
Consider well what you would gain and what you are willing to lose,
for these are not the signposts of a path to power -  They are the path itself.
~