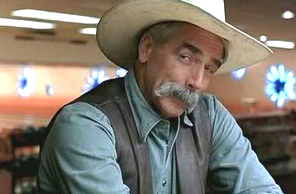 What’s the origin of the word “nice?”
Recently the phrase “nice guy” has been used to describe guys who are anything but “nice” by current standards. Before it was taken down, the blog The Nice Guys of Ok Cupid showcased images from online dating profiles of self-proclaimed “nice guys” overlaid with misogynistic quotes taken directly from the text of these same profiles. Laurie Penny of New Statesman dubbed this “a dispiriting catalog of desperation and misogynist entitlement.” The attention given to the phrase “nice guy” in the past year warrants an in-depth look at the term “nice” since its introduction to the English language in the early 12th century.

Nice, it turns out, began as a negative term derived from the Latin nescius meaning “ignorant.” This sense of ignorant was carried over into English, and for almost a century, nice was used to refer to a stupid, ignorant, or foolish person. Starting in the late 1300s, nice began to refer to conduct, people, or clothing that were considered excessively luxurious or lascivious, however, by the year 1400 a new, more neutral sense of nice emerged. At this time, nice could be used to refer to a person who was finely dressed, someone who was shy or reserved, or something that was precise. By the late 1500s, nice was used to describe refined, polite society.

The high value placed on being shy, delicate, and reserved in the late 18th century was instrumental in the amelioration of the term nice. Jane Austen writes about the ubiquitous nature of this now-positive term in Northanger Abbey when Henry Tilney teases the naive Catherine Morland for her use of nice. He jokes, “and this is a very nice day; and we are taking a very nice walk; and you are two very nice young ladies. Oh, it is a very nice word, indeed!—it does for everything.”

150 years later, English saw the introduction of the constructions “nice guy” and “Mr. Nice Guy” in the 1920s and 1950s respectively. The phrase “no more Mr. Nice Guy,” which emerged in the 1950s, foreshadows the current pop-culture tone of “nice guy.” It evokes the image of a man who might have been putting on a show of being nice before ultimately reverting to a less amicable version of himself. The phrase “make nice,” which entered English at the same time, refers to a superficial smoothing of a tense situation. In this ironic trend, the 1967 song “Here Come the Nice” by Small Faces uses the term “the Nice” to refer to a drug dealer.

In current usage, it’s not uncommon to see “nice guys” throwing around the term “friend zone.” A person (usually a guy) can be put in the “friend zone” or be “friend zoned” when someone he is interested in dating views him as just a friend. While friend zone can be used in a neutral way, it is often used in an entitled way, as in many profiles in The Nice Guys of Ok Cupid. One female blogger mocks this sense of entitlement in her blog post “Why Do Men Keep Putting Me in the Girlfriend-Zone?”

Of course, the term “nice guy” can still be used non-ironically to refer to a genuinely nice person. However, it’s important to keep tone in mind as you come across the term “nice guy” on the internet, especially if it appears in quotes. As a piece in Jezebel reminds their predominately female readership, “rule number one of being a real nice guy is that you never, ever refer to yourself as a ‘nice guy.’”