Divination and Why it Works

When you next roll a pair of dice, turn a Tarot card, play the lottery or read the I Chiing,
consider this: How do you know that the game in question isn’t rigged?
The Open Gateway
Divination systems work by simply removing the element of the seeker’s consciousness from the equation. We are presented with a randomized collection of symbolic data instead of suppositions, decisions, hopes, fears and other distractions. By eliminating expectation, we awaken the unconscious factors. These will vary based upon the individual, and it is useful to learn about the ancient systems of personality categorization. More modern systems like the DSM-IV-TR and related psychologically-based arrangements are heavily loaded with
judgment and bias. The elder arts are human in origin and will have similar faults.
Understanding a multitude of these systems is essential to the successful diviner. 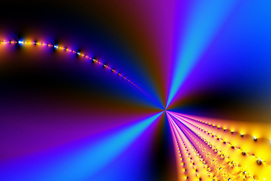 To master this art requires more than a basic grasp of the psychological mechanics, however. There are many actors present in a single act of divination, even when the diviner is perfectly alone. It is for this reason that we must consider even the most neutral of divinations to be “rigged” by varying agents.

We are talking not of human agency; human beings are given to a variety of behaviors that are less than honorable under many conditions. The prisoner’s dilemma has many resolutions, as we may always find a new way of reinterpreting old things. But the tendency of some to cheat, or lie, or manipulate conditions or else blatantly disregard the humanity of others is not the most salient aspect of why calling a psychic or making use of online fortune telling is a chancy gambit. 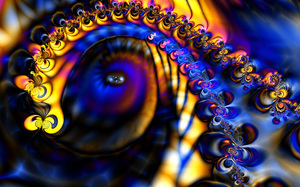 The venerable Vicar Francis Bacon knew well that games of chance and methods of divination were related. When we go back far enough in history, we discover prohibitions against very few behaviors and endorsements of very many. Much of what is today strictly regulated in the West was once common practice. We can make a clear argument that gambling is heavily restricted and that psychics remain largely unregulated and disregarded because the occult elite who rule in the West are acutely aware of the hidden actors that manipulate such things… But that is a matter for another time.

There are various areas of magic and mysticism that are regarded as fantastical by mainstream thinkers, and perhaps chief among these is the art of divination. We must bear in mind that magic is an art and the esoteric traditions constitute a kind of science only when reliable connections exist between action and result. The ultimate measure of a successful divination is the satisfaction of the parties involved – or else their terror, depending upon the nature of what is revealed. The point is that magic works when it works, and not at all when it does not. In this respect it is in no way dissimilar from other forms of science.

Good divination is typically described as a process of distancing the active awareness from the question. In this way, we are attempting to access unconscious knowledge by freeing the client from preconceptions and misconceptions. Wondering about the future is natural, but accessing it is more on the order of a supernatural phenomenon. The typical occult understanding of divination is not complete, however, since practitioners will engage in two forms of deception for very good reasons. 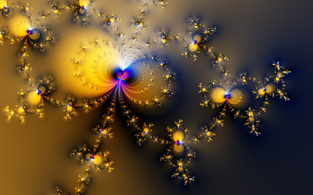 1.) We are not given to explaining our “tricks” since then our market share would be limited… The Vicar is honor-bound to be honest about these things, and it will always be true that services will be rendered in exchange for consideration so long as human beings persist in utilizing an economy based in these relationships.

2.) We are not given to describing processes in terms that would scare the mortal shit out of our clients.

However, these articles were begun in the spirit of liberation, since that is the express mission of Athena’s Men(and we are not all men). Liberation is not merely a political force; indeed, at its finest it is a spiritual force. We seek to liberate individuals from false ideas and ideologies, and to free up the knowledge and wisdom of our forerunners. After all, if we have a lock on the true nature of the cosmos –
at least from a human standpoint – then it is incumbent upon us to explain some stuff.

Divination does not merely work within the client and in a dynamic between client and occultist. Instead, it also accesses the Others, those numinous entities to which we sometimes refer as “Fae”, “alien”, “ghost”, “spirit“, “demon” or even “God”. The fact is that in a vast universe, beings quite beyond us absolutely must exist, and some of these will be discarnate. Moreover, these discarnate intelligences will sometimes be interested in our affairs. They may even favor a particular group, nation, people or individual. They can certainly be seen to attach themselves to families; this is where the idea of things like Banshees, fairies and various household deities comes from. These creatures do not appear to live according to the same natural laws that bind us, but this may have more to do with how they have evolved rather than any suspension of the universal order. 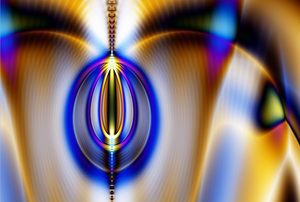 Not all of the Others are pleasant. Some are given to mischief, others are downright evil.
We have no direct evidence of the occult sort that this is why we have phenomena like poltergeists and
demonic possessions, but most master Way-workers would bank on it.

There are also positive spirits – again from a purely human perspective – and these can be relied upon to aid individuals awake to the Way in a variety of ways. One of these is in divination. The reason why the I Chiing or Tarot work when properly used is that there are always beings out there interacting with systems designed to “randomize” information. This is also why things like the Bible Code will yield spooky results. The scientific explanation turns generally upon factors like pareidolia, but this is really sort of asinine – with all due respect. There is a failure to recognize in such an explanation that the horse really should go in front of the cart. We evolved the capacity for pareidolia because patterns exist and are incredibly important for things like basic survival and complex designs such as language and mathematics. They are also useful in art and architecture and virtually every other field of human endeavor. Patterns are at the root of all things; these give rise to referential forces like synchronic resonance and through these elements magic can truly be seen to work. 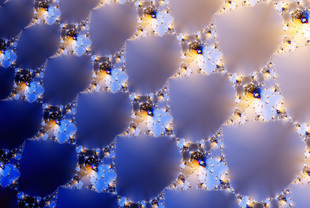 There is always a pattern,

The implications of pareidolia are essentially too terrifying for the average materialist to contemplate. It ends up that pareidolia will verify far more than it will debunk. This also means that the face we see in an otherwise “disorganized” structure is actually there – begging the question of who’s face it is? But this is more a matter of some Other being artful and forcing us to call our mundane explanations into question.

Divination is about drawing forth the overall pattern of a life, considering the various strands and threads that are woven together with that life, and searching for hints or other indications of things to come. The idea that psychics and fortunetellers utilize generalized statements and leading questions is essentially correct, but this is usually presented with a total lack of honesty by any skeptic. The purpose of these techniques and tools is to connect the individual to the process of divination. We all know that in life there will be trials and triumphs. It is an act of magic to accurately describe even a single one of these in advance of the actual occurrence.

Divination is also intended as a form of motivation. If I tell someone that their current course will bring them fortune, you can bet that it’s because I know that they are working on something intended to do just that, and if they do not let themselves be deterred, they are far more likely to succeed. In this, the practitioner both encourages and discovers: We shape the future even as we examine the permutations. 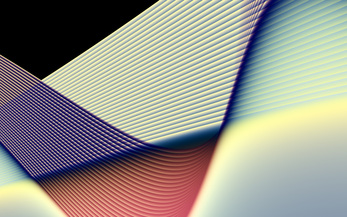 Socrates teaches us that all knowledge is already contained within each person, since consciousness is not a physical phenomenon. Our “souls” occupy these physical forms. Diseases and disorders in which people suffer from awkwardness and confusion and social disconnection are often caused by deep-seated disjunctions between the spiritual identity and the physical body. Uniting these can resolve such disorders completely and utterly, but the techniques involved will not be suitable for statistical review or other blasphemous arithmetic, and thus cannot be included in any legitimate scientific journal. To the esoteric philosopher, fully half – if not more – of the real human experience is ignored by the mainstream psychosocial conversation.

This “all-knowledge” is also unlocked by divination. When we throw the bones, a pattern emerges. The greater bones will represent greater themes and forces, and their relative position will imply relationships between these themes and forces in the life of the client. Some of these will be guided in their positioning by Others and it is best to work with a diviner who knows that she or he has a proven record of winning over the positive spirits and running off the negative ones. The superior evolutionary condition (in our human perception) of a discarnate being is also uniquely oriented to particular weaknesses. Many of the negative spirits feed upon painful human emotions, and when these can be dampened or otherwise dispelled, the meal is removed and the predatory beings will wander away. Calmness, peace, mercy and respect are the hallmarks of a good Way-walker, not least because these qualities generate a field of protection and a beacon that summons positive discarnate beings. 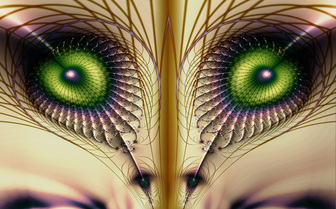 The Vicar heartily encourages any student of the occult to do what you have likely already done or are in the process of doing: Study the various techniques of divination. But it may be useful to also consider the possibility that any divinatory mechanism – even one of your own devising – will be effective provided that you remain open to the synchronicity that has woven echoes into our daily experiences. The Secret Language is everywhere and ever-present, and it cannot be ignored if we would master divination.

The pattern has a weaver, and every strand chooses its place. Weaver and strand are each in control.
This is the secret of divination.
~