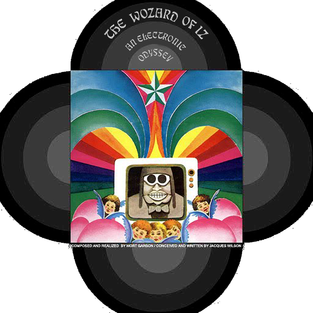 An Electronic Odyssey
The Wozard of Iz is an electronic album written by Jacques Wilson with music composed
and performed by Mort Garson. It parodies the movie The Wizard of Oz (1939),
setting the characters in a stereotypical 1960s hippie mindset.
Throughout the story, the main character, Dorothy, seeks out "where it's at".
The album was released in 1968 following another collaboration between Garson and Wilson, The Zodiac: Cosmic Sounds, another concept album issued by Elektra Records. 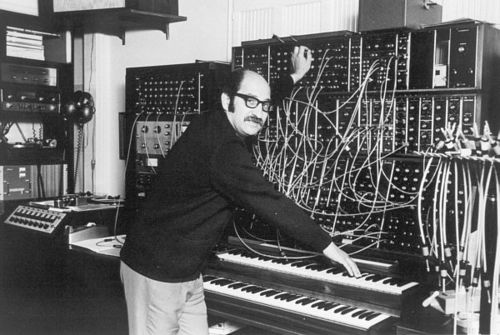 Morton S. "Mort" Garson (20 July 1924 - 4 January 2008)
A Canadian-born composer, arranger, songwriter, and pioneer of electronic music. He is best known for his albums in the 1960s and 1970s that were among the first to feature Moog synthesizers. He also co-wrote
several hit songs, including "Our Day Will Come", a hit for Ruby and the Romantics. According to Allmusic,
"Mort Garson boasts one of the most unique and outright bizarre resumés in popular music,
spanning from easy listening to occult-influenced space-age electronic pop. ~
2008 reissue of this Psych oddity, an extraordinary, acid, counterculture take on The Wizard of Oz (1968) created under the auspices of electronic producer, Bernard Krause and combining Jacques Wilson's inventive lyrics with the moog synthesizers of the legendary Mort Garson. Even in the heady, drug-fueled atmosphere of sonic exploration that ruled the late '60s, there was never another album quite like The Wozard of Iz;
a Psychedelic masterpiece ahead of its time. 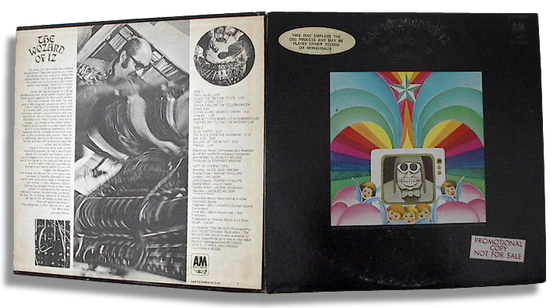