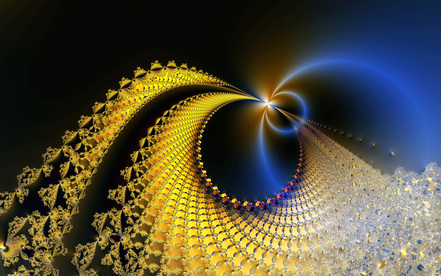 Think about the last time you were about to interview for a job, speak in front of an audience, or go on a first date. To quell your nerves, chances are you spent time preparing – reading up on the company, reviewing your slides, practicing your charming patter. People facing situations that induce anxiety typically take comfort in engaging in preparatory activities, inducing a feeling of being back in control and reducing uncertainty.

While a little extra preparation seems perfectly reasonable, people also engage in seemingly less logical behaviors in such situations. Here’s one person’s description from our research:

I pound my feet strongly on the ground several times, I take several deep breaths, and I "shake" my body to remove any negative energies.  I do this often before going to work, going into meetings, and at the front door before entering my house after a long day.

While we wonder what this person’s co-workers and neighbors think of their shaky acquaintance, such rituals – the symbolic behaviors we perform before, during, and after meaningful event – are surprisingly ubiquitous, across culture and time. Rituals take an extraordinary array of shapes and forms. At times performed in communal or religious settings, at times performed in solitude; at times involving fixed, repeated sequences of actions, at other times not. People engage in rituals with the intention of achieving a wide set of desired outcomes, from reducing their anxiety to boosting their confidence, alleviating their grief to performing well in a competition – or even making it rain.

Recent research suggests that rituals may be more rational than they appear. Why? Because even simple rituals can be extremely effective. Rituals performed after experiencing losses – from loved ones to lotteries – do alleviate grief, and rituals performed before high-pressure tasks – like singing in public – do in fact reduce anxiety and increase people’s confidence. What’s more, rituals appear to benefit even people who claim not to believe that rituals work. While anthropologists have documented rituals across cultures, this earlier research has been primarily observational. Recently, a series of investigations by psychologists have revealed intriguing new results demonstrating that rituals can have a causal impact on people’s thoughts, feelings, and behaviors. 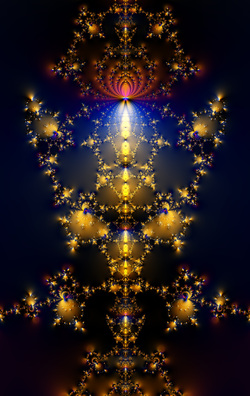 Basketball superstar Michael Jordan wore his North Carolina shorts underneath his Chicago Bulls shorts in every game; Curtis Martin of the New York Jets reads Psalm 91 before every game. And Wade Boggs, former third baseman for the Boston Red Sox, woke up at the same time each day, ate chicken before each game, took exactly 117 ground balls in practice, took batting practice at 5:17, and ran sprints at 7:17. (Boggs also wrote the Hebrew word Chai (“living”) in the dirt before each at bat. Boggs was not Jewish.) Do rituals like these actually improve performance? In one recent experiment, people received either a “lucky golf ball” or an ordinary golf ball, and then performed a golf task; in another, people performed a motor dexterity task and were either asked to simply start the game or heard the researcher say “I’ll cross fingers for you” before starting the game. The superstitious rituals enhanced people’s confidence in their abilities, motivated greater effort – and improved subsequent performance. These findings are consistent with research in sport psychology demonstrating the performance benefits of pre-performance routines, from improving attention and execution to increasing emotional stability and confidence.
Humans feel uncertain and anxious in a host of situations beyond laboratory experiments and sports – like charting new terrain. In the late 1940s, anthropologist Bronislaw Malinowski lived among the inhabitants of islands in the South Pacific Ocean. When residents went fishing in the turbulent, shark-infested waters beyond the coral reef, they performed specific rituals to invoke magical powers for their safety and protection. When they fished in the calm waters of a lagoon, they treated the fishing trip as an ordinary event and did not perform any rituals. Malinowski suggested that people are more likely to turn to rituals when they face situations where the outcome is important and uncertain and beyond their control – as when sharks are present.

Rituals in the face of losses such as the death of a loved one or the end of a relationship (or loss of limb from shark bite) are ubiquitous. There is such a wide variety of known mourning rituals that they can even be contradictory: crying near the dying is viewed as disruptive by Tibetan Buddhists but as a sign of respect by Catholic Latinos; Hindu rituals encourage the removal of hair during mourning, while growing hair (in the form of a beard) is the preferred ritual for Jewish males.

People perform mourning rituals in an effort to alleviate their grief – but do they work? Our research suggests they do. In one of our experiments, we asked people to recall and write about the death of a loved one or the end of a close relationship. Some also wrote about a ritual they performed after experiencing the loss:

I used to play the song by Natalie Cole “I miss you like crazy” and cry every time I heard it and thought of my mom.

I looked for all the pictures we took together during the time we dated. I then destroyed them into small pieces (even the ones Ireally liked!), and then burnt them in the park where we firstkissed.

We found that people who wrote about engaging in a ritual reported feeling less grief than did those who only wrote about the loss.

We next examined the power of rituals in alleviating disappointment in a more mundane context: losing a lottery. We invited people into the laboratory and told them they would be part of a random drawing in which they could win $200 on the spot and leave without completing the study. To make the pain of losing even worse, we even asked them to think and write about all the ways they would use the money. After the random draw, the winner got to leave, and we divided the remaining “losers” into two groups. Some people were asked to engage in the following ritual:
Step 1. Draw how you currently feel on the piece of paper on your desk for two minutes.
Step 2. Please sprinkle a pinch of salt on the paper with your drawing.
Step 3. Please tear up the piece of paper.
Step 4. Count up to ten in your head five times.
Other people simply engaged in a task (drawing how they felt) for the same amount of time. Finally, everyone answered questions about their level of grief, such as “I can’t help feeling angry and upset about the fact that I did not win the $200.” The results? Those who performed a ritual after losing in the lottery reported feeling less grief. Our results suggest that engaging in rituals mitigates grief caused by both life-changing losses (such as the death of a loved one) and more mundane ones (losing a lottery).

Rituals appear to be effective, but, given the wide variety of rituals documented by social scientists, do we know which types of rituals work best? In a recent study conducted in Brazil, researchers studied people who perform simpatias: formulaic rituals that are used for solving problems such as quitting smoking, curing asthma, and warding off bad luck. People perceive simpatias to be more effective depending on the number of steps involved, the repetition of procedures, and whether the steps are performed at a specified time. While more research is needed, these intriguing results suggest that the specific nature of rituals may be crucial in understanding when they work – and when they do not.

Despite the absence of a direct causal connection between the ritual and the desired outcome, performing rituals with the intention of producing a certain result appears to be sufficient for that result to come true. While some rituals are unlikely to be effective – knocking on wood will not bring rain – many everyday rituals make a lot of sense and are surprisingly effective.