A Practical Guide to a Magical Consciousness: Part 2
This week, we go a little deeper with the help of some, ahem, chemical enhancers. That’s right, kids, this one is all about drugs. More specifically, the relationship between the magic practitioner and drugs. I don’t think I need to say this, but I’m going to say it anyway: buyer beware, use at your own risk, drugs are illegal, we don’t condone the use, etc. etc. Don’t come crying to us when you get busted, psychotically broken, yelled at by your parents, die, or whatever.

Ok, now that we’ve got that over with, it’s on to the next chapter in our practical guide to magical consciousness.

Part 2: Strange Brews, or, Will I Be Okay? Psychedelic means “soul-revealing”.

Sex, drugs, and rock n’ roll are a famously volatile combination; great fun for a span, full of Dionysian ecstasy and orgiastic excess of thought, emotion, and deed, but it has been known to blow up in the participant’s face, leaving them in shambles. When adding magic into their midst it really just looks like you’re begging for trouble. In many ways, you are… it’s a dodgy area of practice that I wouldn’t strongly recommend, save to a few. Naturally, in my hash-addled mind, I am one of those few. Take it or leave it folks, but this is what I know.

Magic and drugs could easily constitute a multi-volume study, let alone a single essay. Luckily I don’t have to delve too much into the specifics here as there are already some great books on the subject in existence.Crowley’s Equinox contains a series of essays titled The Herb Dangerous. It is a study of cannabis and its possible uses; it ranges from an exceedingly dull, and I’m sure a tad outdated (although how our society regards cannabis is devastatingly primitive) “pharmaceutical study”, to a rather brilliant piece on the effects of the drugs, to a translation of Baudelaire. It is known that Crowley authored a piece on the effects of peyote and its psychedelic ingredient mescaline title The Cactus; but it’s deemed lost and I haven’t located a copy of it, authentic or otherwise. Regardie re-released The Herb Dangerous during the Sixties with the new title Roll Away the Stone which is useful if you don’t have the hundreds, sometimes thousands, of dollars it requires to purchase The Equinox and hate reading books online like myself.

Aldous Huxley’s famous The Doors of Perception, with its Blake inspired title, is a well-crafted analysis of his experience with mescaline. It’s a book that can give the reader a perspective on how to constructively approach the use of psychotropic drugs for spiritual purposes but it is not intended to be a manual. For those looking for something more literary than Huxley I would recommend Baudelaire’s Artificial Paradises and Antonin Artaud’s The Peyote Dance.

For my money, the best book on the subject is Robert Anton Wilson’s Sex, Drugs, and Magic. It’s really the text on the matter as Wilson takes into consideration each drug with humor and a wealth of knowledge. Of interest and also useful for those with the wit to understand are his nonfictional vignettes which he includes between chapters on marijuana (which includes a wonderful “how-to” on Tantric sex), cocaine (useless for magical purposes), deadly nightshade and its ilk, and a variety of other substances. The way I see it, however, is Wilson’s verdict is to stick with marijuana, hash, and occasionally (and with great care) more powerful natural hallucinogens. Entheogens, meaning to “generate the divine within”, are really the only drugs of any use for such happenings. Or any activity for that matter; stay away from pills, synthetic shit, and cocaine unless you’re merely endeavoring to get “fucked-up.” 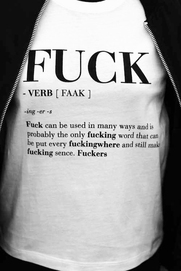 hese aren’t the only materials on the subject by a long shot. The works of Timothy Leary are often written from a mystic angle. (Or an angle so scientifically advanced that they seem to be mystical in nature.) Terrence McKenna, the nineties guru of drugs and spirituality, has a few works floating around. The works of Carlos Castaneda discuss the use of peyote in his at least partly-fraudulent account of shamanic initiation. I have read little to nothing by these men so I can’t say whether they’re worth any amount of consideration or not; just pointing the way for the curious.

Now that I’ve told you where to look (mostly around college campuses) I should explain the various pitfalls to this murky territory. The first is naturally the danger of delusion; or just being high and seeing things that everybody else sees when they imbibe strange brews. You should have an amount of familiarity with the effects of the drug before attempting magic with it’s help in most cases so you can differentiate between the normal phantasmagoria and the “real thing.” Let’s take marijuana for instance; according to Leary and Wilson it connects one to the fifth circuit of the mind. This is known as the neurosomatic circuit and is associated with feelings of rapture, bodily well-being, and spiritual awakening. All well and good if you ask me but how do you know the difference between just smoking a funny smelling cigarette and performing a magical ritual? Well, there’s no constant for this question and in my experience something else needs to be performed for anything special to happen… you can’t just slip yourself a magical mickey I’m afraid. Though I will also vouch for the idea that one knows and feels the difference between a truly magical experience and just having fun with the contents of your mind, even if you mistakenly think something is happening that isn’t whilst under the influence of the nefarious drug, the next morning is usually a correction or confirmation of this belief.

The second and even more insidious danger is the ability to communicate your experience to others, or more properly stated, the lack thereof. Now, I could give two figs whether most people believe me when I say that I’ve been possessed by one of Blake’s Zoas after smoking a joint. My friends who were there saw the event and we all agreed that, considering the small amount of the grass we all had partaken, and the sheer bizarre nature of the event, that something had almost definitely taken place outside the norm. The problem arises if you want to expand the circle of belief. Right now, if anyone is reading this far into the article in the first place, there is most likely an amount of incredulity building up within you. Very good, I wouldn’t believe me at face value even if I hadn’t mentioned that the occasion was marred by such dastardly and illegal activities. But it will get frustrating, trust me, if you attempt to “tell all.” Even other users of the drug who have no experience with magical consciousness will scoff at you. Crowley was accused throughout his life and afterlife of being nothing more than a delusional, heroin-addicted sot. Robert Anton Wilson and Alan Moore have both been dismissed as potheads by critics. Be careful not to get your feelings hurt.

Drugs are a decent way to enter into the world of magic; if, and only if, you’re careful and know a little bit about what you’re doing. However, remember that mental issues are the main danger of these activities and drugs increase that chance if you’re susceptible. Also, although they’re known for “destroying the ego” or “ending theyou-game bro” they seem to lead to a hyper inflated sense of self the day after. And one should never become dependent on drugs to access magic.

Nevermind that “lastly”: as one final note; there is an ethical question hanging over the combination drugs and magic. First and foremost, you should attempt what is permissible to your moral compass; it could lead to disaster if you stray too far from that point. Here I must say however, in defense of our chemical friends, that drugs and magic have been used together for a long, long time. Our shamans gulped down potions derived from mushrooms and cacti and stripped off their clothes long before the hippies did. This isn’t a new technique that only arose after the “moral breakdown” of the Sixties. With all credit due to Wilson and Moore respectively I would direct the curious towards Allegro’s The Sacred Mushroom and the Cross and Narby’s The Cosmic Serpent for more information.