A Practical Guide to a Magical Consciousness: Part 4
In the previous three parts of our guide to obtaining a magical consciousness we’ve covered everything from basic magic theory and practice, the relationship between the ritual magician and drugs, and the “four weapons” used by a magician. Finally, in the last part of our series, we’re going to cover the one thing every person runs into each day whether they dabble in magic or not: sigils. 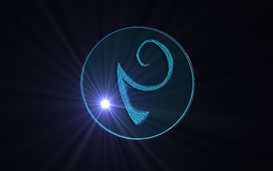 Part IV: Sigils and the State of Magic

Masturbation and Magic: One of the primary magical tools being used today are sigils. Sigils are atavistic symbols which one projects, usually by an act of orgasm, into the ethyr of one’s own unconscious, to achieve a specific desire. Their composition is simple enough and they can take the form of pictographs, sounds, or really anything you’d like. Advertisements are sigils …a man in an office desires money and lots of it. He hires an Adept of the Black School of Magic, Advertising, to enslave the minds of millions. That agent comes up with a lovely red and white color scheme, some chubby Santas and some computer generated polar bears, perhaps to replace the rapidly decreasing population of the real ones, and a girl ends up dying from drinking too much Coca-Cola. Magic!

Sigils are a tricky subject, especially for me as I’ve only used the technique twice in my life and have a decent amount of disdain for those that abuse their usage. They are the darling of a tradition of magic which I consider degraded as it combines laziness, a lack of creativity, and some conceits that can be considered partly a throwback to cursed grimoires, sarcophagi, and chicken blood. As pulp illustrator Grace Brannagh put it; “You know in the twenties Magicians still had style. Turbans, tuxedos and tarts in tiaras. Smashing times. Now it’s all Sigils, stubble and self abuse.” You see, I like a little pomp and circumstance and there’s just something about an intricate ritual, rings and robes that warms the cockles of my Satan-leased heart. While magic doesn’t necessarily need the accoutrements to work, where are we left when everything becomes sketching and wanking…at that point doesn’t magic become, well, masturbatory?

Don’t get me wrong, my best friend put sigils and the magician most famous for more-or-less innovating their use (sigils do work along similar lines as certain qabalistic symbols and talismans), Austin Osman Spare, in a great context which I can stand behind when he said they are effective and worthwhile when they are the product of an already “interiorly contained iconography.” Think of it in terms of some surrealist and modern art. The product seems simple enough as it just appears to be a potentially meaningful squiggle; anyone could do it right? Well, yes, in some cases I imagine there wasn’t much talent involved and someone got lucky. But what’s the difference between Matisse and finger-paint portraits? Between Duchamp and some simple sketches (and toilets and drag) ? There’s a solid, beautiful, original idea behind the artists. From what I’ve read, seen, and heard about sigils most of these magicians don’t seem to be nearly as creative as they suppose themselves to be.

Don’t get me wrong, I’m not at all for the hierarchical bullshit of magical orders and repetitive performances of the Gnostic Mass. Don’t become bogged down in the robes and motions… you’ll end of with dogma and religion after a while. But don’t end up ejaculating on a drawing that somehow signifies that the Universe owes you something in a dark room. In the end it amounts to finesse. By God(s), magicians should have some style… one glance at a typical bookstore’s Occult section will tell you that most do not. I should also add that in no way am I maligning Austin Osman Spare who is undergoing a long deserved revival as an artist and is easily one of the greatest magicians of all time. He’s a very complicated writer that I make no claim to fully understand. I should note that his self-proclaimed successors don’t really seem to either… the proof is in the pudding and I haven’t seen any of them come up with “Now for Reality.” Instead we have accounts of the “Ice Magick Wars.” Goddamnit. Please see Alan Moore’s Fossil Angels for a more coherent and well written argument. There should be something separating the magician from the advertising executive. I should also add that for more information on the life and work of the mysterious Spare one should check out Phil Baker’s astoundingly comprehensive Austin Osman Spare from Strange Attractor Press.

When dealing with other people, magical and nonmagical, whilst pursuing such a strange goal in your life, you will have to decide for yourself on most matters dealing with the task at hand. I have one person who I personally know of or have ever spoken to that I trust implicitly for advise. I have a handful of idols and authors who I trust. Most people I have spoken to, heard of, or otherwise have come into contact with during my magical career have left me with a sense of dizzy bewilderment or disgusted incredulity. In the short time these posts have been up on Who Forted we’ve seen virulent displays of angry materialists who do not possess an elementary grasp of reading comprehension, such as examining more than one sentence of an article, and some truly facile attempts at one-upmanship. Trust no one and be ye as wise as serpents. (That said you will occasionally meet people such as Greg here at Who Forted who are genuinely enthusiastic and helpful.)

ConclusionA similar magical procedure to the utilization of sigils, at least in theory, is the Act of Truth which Crowley writes about in his excellent Magick Without Tears. This requires a whole lot of Will as it is more-or-less forcing God/the Universe/Nothing/Whatever Idol You Pray To’s hand to give you what you want. It is jumping off a cliff and demanding the power to fly if whathaveyou wants you to live. (Disclaimer: That will never work.) I’ve only attempted it once and after a set period of time did get what I had so desperately desired. I walked out of the affair with an alcohol and tobacco habit that claimed much of my time and health for two years. One way to look at acts of magic that follow along these lines is “The Monkey’s Paw” by W. W. Jacobs… I hate that story but it still seems to be the way things work.

I haven’t talked about gods yet and they’re an extremely important part of magic. They are independent creatures of the imagination and by far the part that interests me the most. Perhaps that’s why I have no interest in covering them here on the Philistinian interweb. There’s something intensely private about the relationship between a magician and his (or her) god(s). My chosen God(s) are my own and it’s partially selfishness that keeps me from speaking about them at the moment…my favorite patron is denigrated so often in the magical community nowadays that I fear for its inherent austerity. I will say that to improve relations with whatever god you end up yoke to one should act according to their particular idiom. Find a god that suits your purpose or personality and explore the relevant materials with maniacal fervor. Bring the idea into a fiery apotheosis. Invigorate the ideas with imposed meaning/inflame thyself in prayer. After a while you will have an imaginary friend unlike any other. I cannot stress how amazing interacting with a god, or any seemingly independent entitywithin your mind, is or how shocking the depths of my insanity is… either way.

The Holy Guardian Angel or the Augoeides is also very important and Crowley gives a multitude of viewpoints upon this curious beast. I find that the processes concerning gods and angels are universally personal…I fear that I have become confusing. Suffice it to say if anyone needs help with either, I would be happy to assist in any way that I may in private correspondence; ask Greg for contact details.

I should now acknowledge the three men I admire most once more and hope they will forgive my truly horrible pun. Otherwise I will leave you with a couple of thoughts that I have found immensely useful over the years.

“I slept with faith and found a corpse in my arms on awakening; I drank and danced all night with doubt and found her a virgin in the morning.”- Aleister Crowley, The Book of Lies

“If the buddhi, being related to a mind that is always distracted, loses its discrimination, then the senses become uncontrolled, like the vicious horses of a charioteer.”- The Upanishads

And thus do I end my catechism.